Jones is not a student and is homeless; no address is available. Jones was transported to the Boone County Jail where he was left in lieu of bond to be set. Additional information is not available at this time due to the ongoing investigation.

“With the assistance of our university community and work from our officers and detectives, we were able to identify and arrest the suspect quickly,” MU Police Chief Doug Schwandt said.

Jones is the suspect described in the Clery release and MU Alert message that was sent earlier today (Saturday, March 5).

University Police are looking to identify the individual in the following photos. Anyone with information is asked to call Sergeant Shawn Spalding at 573-864-8571. 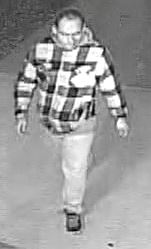 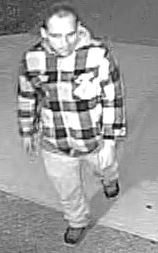 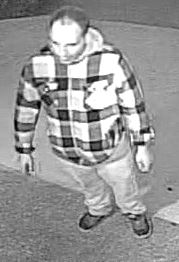 University of Missouri Police received one report of an attempted sexual assault and one report of a rape Saturday. The first incident, which was an attempted sexual assault, was reported to police at approximately 3:55 a.m. (details are posted below in a Clery Release). The second incident, which was a rape, was reported at 11 a.m. The description of the suspect is similar in both incidents. Police are continuing to investigate.

The first incident happened near Mumford Hall, close to the intersection of Hitt Street and University Avenue. The second incident, which happened around 5:30 a.m., happened north of the Student Recreation Complex.

Anyone with information about the incident is requested to call Detective Kenrick Tucker at (573) 884-4495, or CRIME STOPPERS at (573) 875-8477. Individuals also may submit tips online at 875tips.com. Individuals may remain anonymous and may be eligible for a reward of up to $1500 if the information leads to an arrest.

We will update this website as additional information is confirmed. Please check here for official information. Please do not distribute unconfirmed information or rumors or post or pass along rumors on social media outlets. Safety is the university’s top priority and we are working hard to assure that the campus remains safe while information is obtained and confirmed.

This is the official University of Missouri emergency alert website. Whenever an emergency occurs that affects the university community, this website will be updated as quickly as possible with the most current, confirmed information. Please check here for official information. So that phone systems do not become overloaded, please do not call MUPD as they are working hard to confirm facts and maintain the safety of the campus. We are in touch with them as they work through the process and will update this website as quickly as information is received and confirmed.

Please do not distribute unconfirmed information or rumors or post or pass along rumors on social media outlets. Safety is the university’s top priority, and we are working hard to assure that the campus remains safe while information is obtained and confirmed.

Students, please call your parents to assure them that you are safe. Thank you.

The University of Missouri continues to monitor the coronavirus (COVID-19) situation.